The function of the engine cooling fan is to enhance the air velocity and flow through the diffuser to improve the heat dissipation effect of the radiator. The fan is an important component in the engine cooling system. Its performance not only directly affects the heat dissipation efficiency of the radiator, but also affects the normal use and reliability of the engine.
Many parts of the car need to be dissipated during operation, so there are many places inside the car that need to be installed with fans, including clutch fans, electrically controlled fans, and general cooling fans.
1. Clutch fan
The clutch fan is equipped with a fan clutch between the pulley and the fan wheel hub, and the working state of the fan can be adjusted through the separation and engagement of the clutch. This not only ensures the normal operating temperature of the engine, but also reduces the power loss of the engine and reduces fuel consumption. Common clutch fans include electromagnetic clutch fans and silicone oil clutch fans. Electromagnetic fan clutch, when the coolant temperature reaches the specified value, the coolant temperature sensor switch or the air temperature sensor switch automatically turns on the circuit, and the clutch coil is energized to form a closed magnetic circuit to generate magnetic pulling force, so that the armature and the pulley are engaged, and the fan works; After the liquid temperature drops, the sensor switch is disconnected, the armature is quickly reset under the action of the diaphragm spring, the clutch is separated, and the fan stops working. The silicone oil clutch fan is closed when the engine temperature is high, and the fan works to reduce the temperature of the radiator; when the engine temperature is low, the fan clutch automatically disengages and the fan does not rotate, which saves engine power and increases the cooling water temperature. The rotation of the fan does not indicate whether the fan clutch is malfunctioning, because whether it is malfunctioning or a normal fan clutch is in a disengaged state, it will follow the Water Pump pulley to rotate. You can judge whether the fan clutch is normal by listening to the sound of the fan. When the water temperature of the normal fan clutch is higher than 86℃, the fan will make a normal working sound, while the malfunctioning fan clutch will make a much lower sound. When the fan clutch fails, the fan does not rotate when the engine water temperature is high. At this time, when the engine is stalled, loosen the nut and insert the locking plate into the pin hole of the driving shaft to fix the fan and the driving shaft. , Do not use the fan clutch to force the fan to rotate; wait for an opportunity to repair the fan clutch, and then restore the automatic clutch function of the fan clutch.
2. Ordinary cooling fan
The fan is located between the radiator and the body, is installed on the same shaft as the water pump, and is driven by the pulley on the crankshaft. The fan and the pulley hub are connected by bolts, and the engine crankshaft pulley directly or indirectly drives the fan to rotate.
The tightness of each belt should be adjusted according to regulations. The tightness of the fan belt is too loose, causing the fan pulley speed to decrease, the heat dissipation of the water tank is weakened, the diesel engine working temperature is increased, and the generator output current is reduced or unstable, but the tightness of the fan belt is not as great as possible. Over-tightening will cause excessive load on the bearing, aggravated wear, and increased power consumption. At the same time, it will also cause the water pump shaft to bend, elongate the belt, and shorten its life. Therefore, the fan belt should be properly tightened and adjusted if necessary. The method to check the belt tightness: use your fingers or a ruler to press in the middle of the belt with a pressure of 30-50N, and deflection of the belt by 10-20mm is appropriate. Some engines are equipped with two belts, and some engines are equipped with three or four belts. Each pulley system should be on the same plane, and the belt cannot be twisted during installation. If the belt is severely worn or broken, it should be replaced in time. If there are two fan belts, they must be replaced at the same time during replacement to avoid uneven tightness and uneven force, which may cause malfunction.
3. Electric control fan
The working principle of an electronically controlled fan, this type of fan is driven by its own fan motor. The circuit switch of the motor is controlled by a fan sensor (temperature control switch) installed in the lower water compartment of the radiator. When the water temperature of the radiator is above 86～90℃, the temperature control switch turns on the fan motor circuit to make the fan rotate to accelerate the cooling of the radiator. When the water temperature of the radiator drops below 81～85℃, the fan sensor is disconnected and the fan motor The circuit is broken and the fan stops rotating. 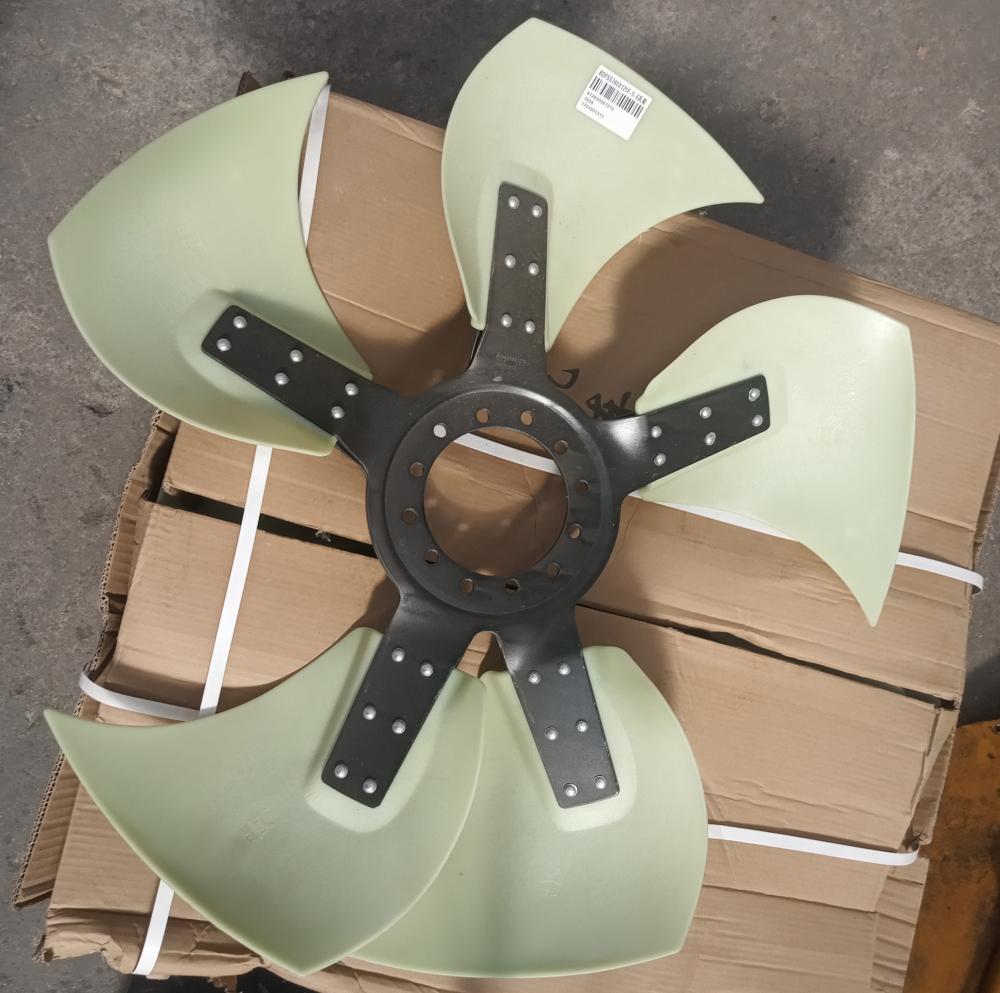